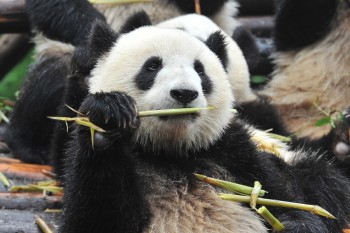 Over the past two weeks, webmasters and digital marketing experts alike discussed a potential algorithm released by Google on December 13. While varying parties had opinions on what the update could have been – some thought Panda – Google’s Matt Cutts tweeted that the fluctuations experienced were routine and unworthy of note. However, Cutt’s Tweet and Google’s explanation didn’t satisfy many people, especially with traffic and PageRank affected so greatly, but it seems Google may divert everyone’s attention with Panda 23.

The unknown algorithm and its effects

On December 21, 2012, Google tweeted and confirmed rumors of a new Google update. The search engine giant, which released numerous search-changing features in 2012, pushed out its latest refresh, impacting approximately 1.3 percent of English queries.

Welcome to the world, Panda 23

The latest refresh marks the 23rd time Google has updated its Panda algorithm, which the search giant introduced in late February of 2011. As for how the newest update affected American businesses, results varied based on the quality of content published to web pages and the SEO content tactics used to optimize web presences. However, with the recent update impacting 1.3 percent of queries – up from 0.8 percent with Panda 22 – brands may see traffic levels change due to upticks or declines in PageRank.

Search Engine Land’s Barry Schwartz reported that right before Christmas last year, Google promised it would not update the Panda algorithm or conduct data refreshes until after the holidays. It seems that Google decided not to wait this year, and the company implemented a refresh that could affect holiday traffic rates leading into the new year.

Every time Google announces an algorithm update, digital professionals scramble to measure its effects on traffic and PageRank. While keeping an eye on these metrics remains an important task, marketers must remember that high-quality, custom content, white hat SEO tactics and well-designed sites often withstand any Google update.

Content marketing initiatives that take SEO into consideration may help mitigate any consequences of Panda updates in the future and, while many people focus solely on SEO, it’s important to remember the value of branded content published to the web every day.