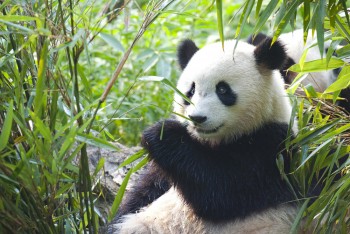 The release of Google’s latest algorithm update, Panda 4.0, has been making waves all over the web. Some research, like the study by Searchmetrics, has been trying to find some pattern to the lists of winners and losers, and while nothing definitive has been discovered, it seems as if the main benefactors are small businesses creating original content. The bulk of the penalties have been doled out to aggregators that don’t provide a lot of unique value.

One of the biggest surprises in the wake of the algorithm is that eBay was reportedly penalized. The ecommerce giant was the biggest loser of all in the wake of Panda 4.0’s release. It’s unexpected that eBay would take such a big hit because it’s a retailer, rather than a content site. Yet Moz may have discovered the key to the dip in visibility and traffic eBay experienced.

A study of the affected eBay pages found something interesting: The main losses for the site were category pages. Previously, eBay was one of the first results when most users searched for particular products, such as “fiber optic christmas tree.” However, what came up was not product listings for fiber optic Christmas trees, but general pages about them. It’s possible Google didn’t deem eBay’s aggregated product listings as helpful to searchers and penalized the site as a result. This may or may not have been a conscious decision on the part of eBay to rank highly for certain queries, but clearly Google is trying to clean up its results whenever possible.

This ties back to comments Matt Cutts made earlier in 2014. As Brafton reported, he mentioned high clicks but low click-through rates can be indicative of spam. It’s possible that Google didn’t believe eBay’s category pages were very helpful to users because they were clicking and then returning to SERPs.

This is evidence content marketing plans need to be executed in such a way that organic traffic is captured properly. Without proper UX, sales pipeline design and calls to action, customers and prospects won’t stick around long enough to convert. Every page needs to contain further steps for customers, whether its to read more or fill out a form. And if Moz’s research is accurate, Google may soon be using this same criteria as an SEO measuring stick for site quality.