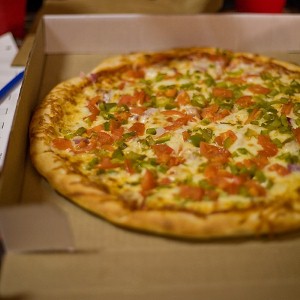 Papa John's boasts the slogan "better ingredients, better pizza," and its latest campaign hopes tapping into the audience of fantasy football players will be the secret sauce to sales. Papa John's, entering its first year as the "Official Pizza Sponsor of the NFL," recently announced a Fantasy Draft Delivery campaign to promote brand loyalty among the more than 27 million fantasy football players worldwide. The initiative will officially launch September 9 – the start of the NFL season.

Pizza lovers can find information about the campaign on the Papa John's official website or on Facebook. The Fantasy Delivery promotion lets fantasy football players enter a "Fantasy to Reality" contest. Papa John's is targeting the football enthusiasts who spend an estimated nine hours each week developing their rosters and engaging fellow fantasy players, hoping the sponsored event will make the pizza chain part of the conversation.

Facebook users simply "like" Papa John's on Facebook for the chance to explain why their fantasy league is the best, and they could be awarded a free pizza delivered by former NFL wide receiver Cris Carter. They could also win the chance to attend the NFL 2011 draft. Eligible fantasy leagues will be judged according to a variety of standards, including league name, scoring system, location of draft party and more. In addition to winning Papa John's and NFL prizes, participants also have the opportunity to promote their leagues on Facebook.

The campaign taps into an important group of loyal pizza lovers. Andrew Varga, Papa John's chief marketing officer, says that football fans have always been an important consumer base for the chain. He explains Papa John's was the "Official Pizza Sponsor of Super Bowl XLIV" in February. "We believe that the sponsorship was a major part of the equation leading to our best sales day ever."

The promotion builds on this burgeoning brand loyalty by rewarding consumers with prizes that are meaningful to them. "With this year's fully integrated official pizza sponsorship with the NFL, no one will benefit more than fantasy football players," says Varga.

Marketers can learn from this campaign by considering which demographic of consumers are big spenders in their industries. Planning promotions that will build loyalty among a profitable audience could translate into continued sales. Also, Facebook may be the best social channel to generate buzz about a campaign. Marc Weinstock, president of marketing at Sony, recently told Ad Age that Facebook is unique in how it lets marketers "laser-focus" their audiences.