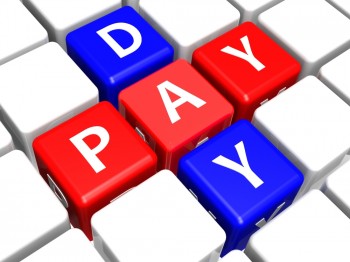 There have been a flurry of Google algorithm updates in the past month, and when taken together they have the potential to significantly disrupt the SEO landscape. First, Google’s Matt Cutts surreptitiously announced the release of Panda 4.0, the latest iteration of its quality control algorithm. Next, Payday Loan 2.0 went live, with a narrow focus on spammy search optimization tactics. Soon after, as webmasters were speculating whether recent ranking changes could be the result of either Panda or Payday, Cutts told a panel at SMX there would be yet another update to Payday Loans.

It turns out he wasn’t bluffing:

Payday is more about overall SEO strategies and keywords. It is named for the payday loan industry, which was notorious for its spammy keyword stuffing tactics and other abusive tactics. The overall quality of sites targeted by Payday Loan 2.0 weren’t necessarily in question, although many of them could probably use an overall injection of quality content. Rather, it was the types of queries these sites tried to rank for that led to Google’s latest updates. As Matt Cutts said at SMX:

Another aspect of the Payday Loan update will be coming out soon, maybe tomorrow or later this week. It tackles different things than the previous rollout. This will go after spammy queries; the previous one was after spammy sites.

Panda, on the other hand, was originally developed and continues to function as a safeguard against low-quality content reaching the top of SERPs. The primary losers in the wake of Panda 4.0 were content aggregators and syndicates – sites that didn’t provide much in the way of originality. The winners, so far, appear to be small businesses providing niche content that isn’t necessarily found elsewhere on the web.

Don’t wait until payday to face up to Payday

The dust hasn’t yet settled on PayDay, let alone Panda 4.0. Yet there are some simple ways to check a site’s overall viability so a Payday hit is less likely. For instance, Matt Cutts recommends taking a look at web copy. If content is targeted at a niche audience that  will appreciate and consume it, there’s less of a chance it’ll be marked as spam. That means writing to readers’ level of expertise, no matter what. Terminology is more important as far as audience understanding is concerned, rather than Googlebot keyword comprehension.

Cutts  has also made it painfully clear that micromanaging a keyword strategy is really not what webmasters should be spending their time contemplating. The overall user experience is much more important than how many hot search phrases and links a webmaster can fit onto a page before Google deems it spammy. Design, usability and overall value to the reader trump minutiae every time – and there’s no better way to preemptively avoid a hit from either Panda or Payday Loans.