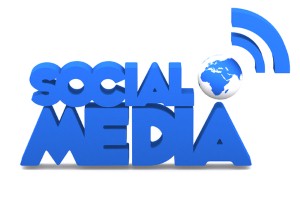 Pew's recent study, “Social networking sites and our lives,” reveals that social audiences are rapidly growing, and the way consumers interact online can influence many of their views and decisions. With this in mind, brands might consider the continued importance of using social media marketing to reach new prospects.

According to the study, 80 percent of online Americans between the ages of 18 and 35 now use social networks, compared to just 63 percent of this demographic who used social sites in 2008. Moreover, 48 percent U.S. consumers over the age of 35 are now on social media, showing significant growth over 18 percent in 2008. This data supports the study Brafton covered yesterday, indicating that social audiences are growing and time spent on social media now accounts for one in every six online minutes.

While marketers may be slightly more likely to reach female audiences, social media usage is pretty even across the gender divide. Pew reports that women represent 52 percent of email users, 54 percent of bloggers and 56 percent of social networkers, with men following close behind in each category.

When it comes to determining which platform is best for reaching specific audiences, Pew suggests that Twitter offers access to a racially diverse demographic, while LinkedIn and Facebook use is more common among white Americans. Additionally, the average microblogging site user is 30, the average Facebook user is 38 and the average LinkedIn user is 40, though each channel showed usage across ages.

Perhaps this is something marketers catering to older audiences should especially consider. Although social media is often stereotyped as a young person's game, the Pew study reveals that older Americans are accessible via the social giant. Plus, a Wedbush Securities study relayed by eMarketer reveals that 43 percent of the 55+ crowd now Like brands on the social site.