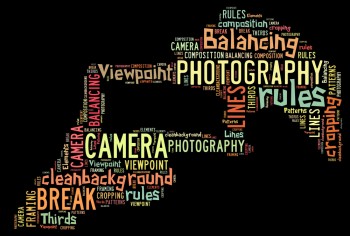 The goal of any social media marketing campaign, whether through Facebook or Pinterest, is to drive audience members to react in some way, shape or form. According to a survey from ACTIVE Network, 70 percent of Pinterest users generate offline actions, a seemingly high percentage for such a young social network. While industry insiders say Pinterest could get sucked up by Facebook within the next year, the digital pin-board platform recently took a big leap and acquired its first company – Punchfork. According to the site’s official blog, the popular recipe discovery site has officially been eaten up by Pinterest. The two networks look similar to one another, but Punchfork publishes more custom content onto pages about each recipe. It seems that Pinterest may be exploring the value of copywriting in the world today.

According to Punchfork’s blog, the company will join the Pinterest team in San Francisco, and the recipe site’s web entities, API and mobile apps will shut down. Marketing Land contributor Greg Finn writes that it will interesting to see if Pinterest continues to buy competitive niche sites in order to bolster its own business model.

How does this acquisition benefit social media marketers? Social media marketing experts will likely see the recent purchase of Punchfork as Pinterest’s way of improving its search capabilities. Currently, the on-site search function of Pinterest remains suspect, and with Punchfork’s focus on providing content with each image, SEO best practices may help users find content on the social site more easily.

In fact, a lot of marketing messages can’t be construed through a basic image, so slowly transitioning some aspects of Pinterest to content makes the site more appealing to B2B brands. More, social commerce continues to be a top priority for organizations, and this step helps Pinterest better position itself as the go-to solution for B2B and B2C social marketing.

As 2013 rolls on, it will be interesting to see if Pinterest purchases any other site or it succumbs to one itself. One thing’s for sure – the social network has certainly turned heads over the past 12 months, and it doesn’t look like it’s slowly down in the new year.