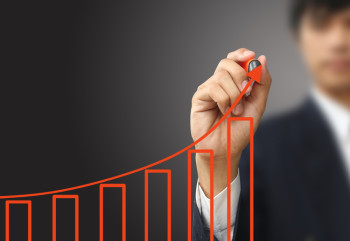 When Pinterest hit the social media scene, there was no denying its popularity among certain user demographics, but there were questions about the value it offered for internet marketing. That uncertainty is now being replaced with growing confidence as Pinterest proves its a contender among leading social networks. The Pew Internet & American Life Project recently reported 73 percent of American adults use social networks and 21 percent are on Pinterest, demonstrating the site’s star power.

Pew’s data suggests the pinboard site is the fastest-growing network based on membership gains between 2013 and 2012, up 6 percent. Facebook’s and Instagram’s usership both increased 4 percent, while LinkedIn and Twitter jumped 2 percent each.

Regardless of the strong year-over-year gains, Pinterest’s total pull still pales in comparison to Facebook. With 71 percent of Americans as Facebook members, the social media behemoth dominates in terms of sheer numbers. However, Pinterest is carving out its own niche and asserting its strength as a B2C social media marketing solution with opportunities to showcase offerings in striking visuals and interactive contests.

A study from Gigya revealed Pinterest has overtaken Facebook for ecommerce social shares, meaning more consumers clicked the “P” buttons to redistribute the products and services they found online. Around 44 percent of ecommerce shares were directed toward Pinterest, while Facebook was the destination for 37 percent of social media content.

The two studies show there is disruption taking place the social media landscape, and well-established sites aren’t necessarily the ones demonstrating the most impressive growth. Gigya points out that Pinterest is becoming a primary social content sharing platform, and Pew’s data shows the network has beaten out Twitter for the third most popular channel.

Brands must consider how these developments will affect their social media strategies and determine how to take advantage of each channel’s strengths for maximum results.