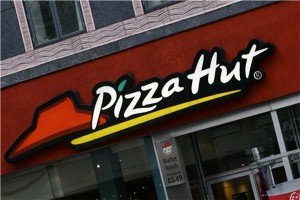 Some experts say that geo-social applications haven’t been adopted by enough U.S. consumers to make them viable marketing tools, with just 1 percent of the population using these tools more than once per week. Still, most agree that these apps have potential, and some brands are trying to gain early-mover advantage by creating promotional campaigns for the platform. Most recently, Pizza Hut has launched a foursquare campaign that is generating some buzz among pizza lovers.

The campaign began today, and it rewards users for checking in at Pizza Huts near them. The Mayor at each store location will be awarded free bread sticks with orders for large pizzas. This “Mayor special” can be redeemed up to once a day for the entire year when Pizza Hut Mayors prove their foursquare identities by showing servers their smartphones.

Brian Niccol, chief marketing officer at Pizza Hut, said, “we see this promotion with foursquare as a win-win situation – loyal, digital-savvy customers will be able to take advantage of a fun promo, while we hope to see a bump in repeat traffic from Mayors looking to take advantage of this offer.”

The promotion seems to be generating the buzz Niccol anticipated. In the first day of its launch, Pizza Hut’s foursquare campaign had generated nearly 250 “likes” on Facebook at press time. Plus, enthusiastic users were commenting on strategies to become Mayors of multiple Pizza Hut locations.

It remains to be seen how Pizza Hut’s foursquare initiative will pan out, but it may prove geo-social skeptics wrong about the power of the platform in generating excitement about a brand.

Another popular pizza chain across the pond has already seen tremendous boosts to brand awareness and sales thanks to its foursquare promotion. Domino’s UK earnings jumped by nearly 29 percent after it offered free pizzas to Mayors through a foursquare campaign.