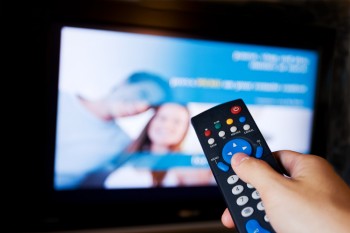 Social media marketing helps brands reach their target audiences through today’s most popular form of broadcast entertainment. With Americans spending longer periods of time Tweeting and updating their Facebook statuses, marketers have had to adapt to take advantage of new marketing channels. As Brafton reported, many people use Twitter to connect with like-minded peers and discuss events broadcast on television. For a while, marketers struggled to discern any actionable way to take advantage of TV and Twitter’s relationship, but Nielsen hopes to change that. Similar to how Brafton noted brands use public figures to endorse products via Twitter more often today than ever before, a new TV rating system designed by Twitter in conjunction with Nielsen will help marketers take advantage of topical media. The two companies came to an agreement to create the “Nielsen Twitter TV Rating” – an industry-standard metric that’s based on Twitter data and puts the popularity of certain shows into greater perspective.

While the rating system provides TV partners with one common benchmark for measuring the Twitter engagement of their programs, the data will also help small-to medium-sized organizations that may not advertise on broadcast television directly. For example, brands can reference information from the Nielsen Twitter TV Rating system and discover shows that generate the most social chatter via Twitter. If a certain show continues to encourage people to interact with one another via Twitter by hashtagging their posts, marketers can consider this trend and join in on the conversation.

Businesses can take advantage of Twitter’s Promoted Tweet option and purchase space that allows them to display branded content in front of users who actively watch a specific television series and regularly update Twitter at the same time. If sports apparel companies want to reach prospects who watch Monday Night Football, and these users often take to Twitter with their own commentary, brands can display social media content alongside these hashtags and join in on the conversation. At first glance, Twitter and Nielsen’s new rating system may seem arbitrary for a good percentage of brands, but taking a deeper look provides more benefits than disadvantages.