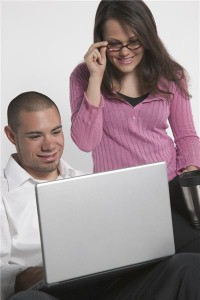 Some marketers are already hailing 2011 as the year of Facebook, but it might be wise to keep an eye on a social service site founded by former Facebook exec, Adam D'Angelo. The question-and-answer site Quora is experiencing a surge in membership and generating ample online buzz.

Sheu explains that the company is developing its website to maintain speed in light of the new members. This may be necessary, as he suggests that coverage of Quora's rise is fueling further growth.

"On December 28th, we saw between five to 10 times more activity on the site than usual. A number of blog posts, including ones on TechCrunch, Scobleizer, CNN and others fed a huge number of new users to the site," Sheu said.

The online chatter about Quora is still going strong, with Google Realtime showing minute-to-minute updates for the Q&A site at press time.

Quora is still in its beta phase, but it is reportedly going to release new social features this year. Marketers might want to keep an eye on the site and see if its social features make its Q&A service stand apart from competing offerings from leading social sites, such as Facebook.

As Brafton reported, Facebook got into the community question market with Questions last year. Still, the feature isn't generating much buzz these days – except in relation to Quora as a potential rival.