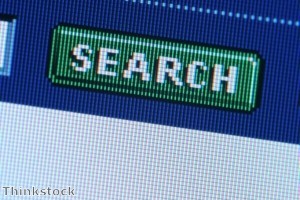 A report from PricewaterhouseCoopers and the Interactive Advertising Bureau found that search marketing was the largest source of revenue on the web in 2011, generating more than 46 percent. The figure represented growth from 2010, and the channel has accounted for at least 40 percent of revenue since 2006.

As internet marketing funds rise, search marketing continues to become more valuable for both the networks serving ads and companies investing in the channel.

Consumers’ use of smartphones has made mobile marketing and search marketing, whether paid search or SEO, increasingly intertwined due to mobile search. The report shows mobile marketing generated $1.6 billion in 2011, which represents 149 percent growth from 2010.

“This historic moment, with an especially impressive achievement in mobile, is indicative of an increased awareness from advertisers that they need to reach consumers where they are spending their time – in digital media,” Randall Rothenberg, president and CEO for IAB, said in a release.

The substantial increase in search queries will likely drive search (and web marketing) revenues even further in 2012. Brafton recently reported that Google, which fielded more than 66 percent of queries in March, has seen total search volume increase 10 percent in the last year.