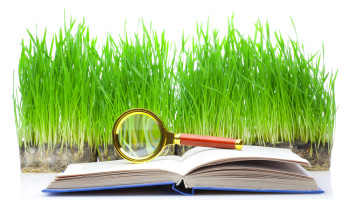 Organics are hot in the food-service sector, but the trend goes beyond the products restaurants put on customers’ plates. In December 2013, Kantar Media’s research found restaurants were spending less on paid ad campaigns. After consecutive quarters of increases in 2013, investments in online and offline advertising suddenly dipped 3.6 percent, the report noted.

Although the study doesn’t remark on where those displaced funds are being directed, Brafton has covered reports that suggest restaurants are bringing their love for organics to web marketing campaigns.

Toward the end of 2013, it was estimated that 80 percent of restaurants were using social media marketing to foster customer loyalty and attract new consumers. Custom posts that alert followers about daily specials and events, or invite patrons to contribute reviews, can keep people engaged by building a community and rewarding its members.

It’s important for marketers to remember that rewards with a dollar value are certainly effective, but they aren’t the only way to thank people for their participation and loyalty. Often, public recognition in the form of online shout outs are enough incentive to get people to stay tuned in and contribute to conversations. And it’s worth it to leverage these motivations to build an archive of consumer generated content.

There is a huge payoff on the table for restaurants that solicit the ultimate kind of organic feedback – customers’ comments and reviews. It turns out, these are valuable lead generation opportunities. Nearly half of the members surveyed from the American Culinary Federation said positive online reviews attract first-time diners. Moreover, 37 percent believe digital reviews are more important than traditional write-ups in print publications, according to the National Restaurant Association’s What’s Hot in 2014 Forecast.

More restaurants are embracing technology with the understanding that it can save them time and money. Marketers must see blog posts and social media accounts as an extension of the efforts they already have ingrained throughout their brands. They’re opportunities to educate and entertain guests.