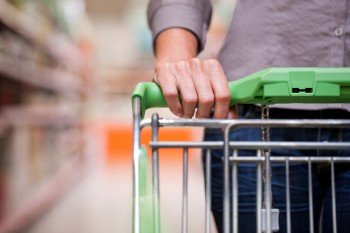 Brick and mortar stores have traditionally been some of the last businesses to spend on digital channels. The thinking was that branching out onto the internet wouldn’t net enough of an ROI boost to justify the expense. However, more physical storefronts are going online in an effort to reach customers and increase awareness online, as research by Conversant indicates.

According to the Retail Marketer Insights study, 40 percent of retail marketers will devote at least 50 percent of 2014 marketing budgets to digital campaigns. On average, retail companies plan to spend about 38 percent of their budgets on web marketing.

Finding customers where they browse

Diversification: Selling online doesn’t require enormous time commitments or financial investments. In fact, many businesses are finding success by adopting ecommerce software or selling through social channels like Instagram. Ultimately, sales should be about offering products wherever customers spend time, and increasingly means having one foot in brick and mortar stores and the other in websites.

Local optimization: Sometimes, being active on the web is just a way to keep businesses from being invisible in the real world. As Brafton reported, a lot of mobile ecommerce shoppers aren’t shopping with particular companies in mind – they’re finding retail results in Knowledge Graphs and Google Maps. Optimizing websites and local listings with as much data as possible will keep new customers rolling in.

Branding: Depending on a retailers’ community, there might be a lot of competition for customers. If niches are packed, it might be helpful to engage in some branding that sets an organization apart. Using Pinterest and other social media marketing tools can go a long way toward putting some space between two similar retailers.

Optimizing a retail business’ website won’t just draw in more window shoppers – it will increase revenues. According to a study by Neustar Localeze, 78 percent of mobile searches with a local focus led to purchases. If three out of four local searches add profits to retailers’ ledgers, it’s no wonder their budgets are going digital.