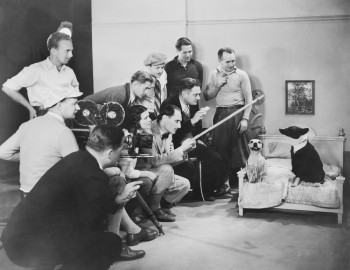 In an effort to engage with consumers across several channels, marketers have expanded their content marketing efforts to include video content, and demand for web videos continues to catch on. According to comScore’s October Video Metrix report, 183 million U.S. internet users viewed online videos last month. The study showed that those viewers watched approximately 37 billion online videos over the month, including 11 billion video ads.

In fact, comScore found that 88 percent of total U.S. web users viewed at least one online video in October, with the average visual media file about six minutes long. The average online video ad was under half a minute in length. The latest metrics published by comScore highlight the growing acceptance of online video ads, and suggest that online marketers looking to broaden their content portfolios should consider developing video marketing strategies for next year.

In a separate but related report, marketing research firm FreeWheel noted that ad-supported online viewership increased 17 percent year-over-year in its latest survey. The firm’s latest data investigates online visual media that extends beyond 20 minutes, and how internet users responded to these videos. Since clips that are longer than 20 minutes carry an average of seven ads, internet users may opt-out and navigate away from content, but FreeWheel’s data shows that viewers watched whole ads at a 93 percent completion rate. FreeWheel also calculated that online video ad views increased by 49 percent in 2012, which the source credits to the adoption and acceptance of online video ads.

FreeWheel’s report also studied the emerging trend of cross-device viewing. Marketers might design campaigns to reach consumers who view content via their desktop computers, but FreeWheel data shows 1.3 billion consumers watch video on their smartphones, game consoles or other mobile devices like tablet computers. Ten percent of all online video views in 2012 were on non-computer devices.

With comScore noting that video ads comprised 22 percent of total online video ads watched in October, and FreeWheel pointing to the evolution of video viewership over the course of 2012, marketers may be encouraged to ramp up their own video marketing efforts just in time for the holiday season. Creating branded content for web-based promotional initiatives can drive consumer engagement, but campaigns should adapt to various screen sizes to significantly impact ROI, and media must compel viewers to react and opt-in for additional content.