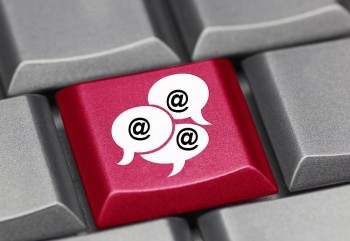 Twitter may be one of the best social marketing platforms, but if it doesn’t stay relevant and competitive among consumers, it’s not going to remain a top-tier channel for much longer. Recent evidence shows Twitter’s back may be up against the wall, but the service isn’t going to take the news lying down.

According to an eMarketer study, Instagram is overtaking the 140-character microblogging site. By the end of 2014, Twitter will have an estimated 37.4 million smartphone users, while Instagram (which is only available on mobile devices) is expected to have 40.5 million. Twitter is, of course, used on desktop devices as well, and as such boasts many more unique followers. But social media is trending toward mobile, so networks are working to make their interfaces easier to use no matter the device.

As Brafton reported, Twitter is experimenting with ways to make its features simpler. For instance, the @reply is in jeopardy of being phased out, and now, it looks like the Retweet might be preparing to make an exit as well.

CNBC’s Eli Langer first reported the switch from “Retweet” to “Share” some users have been noticing. The new function is pretty much the same as the old: Users can rebroadcast Tweets they like to their followers in the original form. Ultimately, this is another step in the process of taking the service’s features into the modern social environment for a broader audience.

This is yet again good news for web marketing, as it lowers the bar for entry to different channels. The more people feel comfortable using Twitter, the more likely they are to join. Brands that already have well-established profiles can take advantage of the broader audience they can access. Even more importantly, the number of niche customers and ideal prospects most businesses are looking to attract will grow, producing greater content readership and more qualified leads.

That being said, businesses shouldn’t rush to register on Twitter and start spamming their followers with automated content. As Brafton reported, despite the service’s best efforts, some users do occasionally abandon Twitter – or at least unfollow brands. Follow best practices, including using ample visual content, to provide value to the user base the platform is seeking to attract.