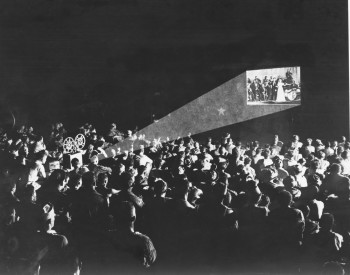 ​What if search trends could predict the success of your business? According to a new Google white paper entitled, “Quantifying Movie Magic With Google Search,” understanding which flicks will become blockbusters is only a matter of data reporting and content analytics​.​

The search engine giant claims it can predict a movie’s opening weekend turnout and profit with 92 percent accuracy. Google evaluates a film’s search query and paid click volume to determine its success. To calculate a movie’s opening weekend performance, Google correlates data by looking at search and click volumes during the seven day window before the film’s release date.

A film that gets 20,000 more paid clicks over a similar time frame will earn $7.5 million more than movies with fewer clicks.

Video content also plays an important role in a film’s success. Google notes, “Trailer search volume on Google coupled with both the franchise status of the movie and seasonality can predict opening weekend box office revenue with 94 percent accuracy.”

Google advises film studios to develop marketing strategies post-opening weekend. Because moviegoers decide what flicks to see just hours before they end to the theater, a powerful content for SEO strategy could compel prospects to pick one film over another.