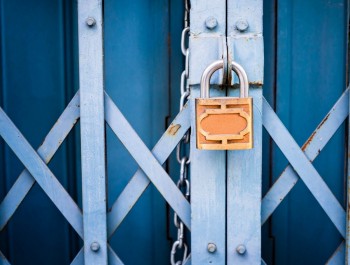 Ranking signals that affect SEO performance change all the time, but Google threw webmasters for a loop this year when it suggested that encryption and security were going to impact search placement, as Brafton reported. However, a new study by SearchMetrics indicates that this intended functionality hasn’t gone into effect yet.

The research was conducted with the understanding that HTTPS encryption would be a lightweight ranking signal, with an overall traffic impact of less than 1 percent. However, SearchMetrics wasn’t able to find even that much of an impact. Consequently, there are two possible explanations:

The ranking signal hasn’t gone into effect yet

While Google implied that secure data encryption would immediately affect web content, it could be that the search engine hasn’t fully rolled out algorithms and crawlers that look for it. Additionally, Google could be having trouble rolling out this technology and has intentionally delayed using it as a ranking factor.

The search giant clearly has decided that data security is an important way to provide value and positive user experience, so when it pushes for HTTPS, it is recommending it but doesn’t have the technological capabilities to enforce it as an objective ranking signal. In other words, Google might be looking for securely encrypted sites to give them an SEO boost, but it doesn’t specifically look for HTTPS.

In many ways, it doesn’t matter exactly what the reason is for a lack of evidence. At the end of the day, Google wants to elevate sites that provide value, and data security is clearly a value that modern users desire. This is particularly true in light of the recent leaks of private celebrity photos. As people begin to question how safe their data is online, security becomes even more important. Ultimately, HTTPS is an issue of UX, and sites should take a holistic approach to improving the experience potential customers have when interacting with brands online.

Want to learn more about user experience? Check out Brafton’s ebook, A Marketer’s Guide to UX.