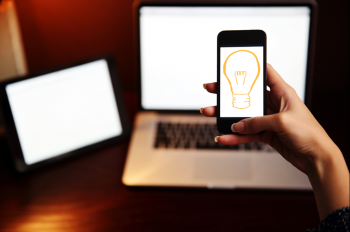 It’s hard to believe 15 percent of the American population does not regularly use the internet, but that’s exactly what The Pew Research Center found. The organization surveyed over 229,000 individuals to update its figures on what percentage of the U.S. population is connected to the ‘net. One of the key findings in the report is how much this number has dropped. A similar survey conducted in 2005 revealed that almost one-third of people did not use the internet. That number has since halved – even among populations that previously withheld, like seniors and people with less than a high school education.

The barriers holding back internet adoption are shrinking. People who don’t have home computers are switching to smartphones and students are using computers at school for research. That pool of non-users will continue to dry up and we’ll quickly move into an era where Americans go to the web-first (and probably even second, third and fourth, as The average B2B buyer reviews between two and five pieces of content before making a purchase decision.)

This will have a major impact on your marketing. Stuck-in-their-way executives won’t be able to use the excuse: “Our customers aren’t online,” because they will be.

Offline strategies will exist to complement the work you’re doing online – not the other way around. And to reach your target audience, you need a competitive web marketing strategy that covers search, social and email.

The benefits of bringing your web marketing online

The best news about this revolution? Online marketing is generally cheaper than offline efforts, so your strategies will stretch further and drive results longer. And you can track the results through data analysis.

A piece of physical mail can only be sent once, and you won’t know if recipients opened it or tossed it. Those are things you can track with marketing technology, and it helps you refine your next send by identifying sooner what’s the wheat and what’s the chaff. When information is delivered digitally, it’s also easier to share. The content you include in an email might also be on your blog, or in an infographic that you can share on social media networks for added value. Companies that overlook the web and continue to invest in traditional advertising and marketing as their primary promotion will be invisible to the mass majority. Their competitors who move confidently toward online strategies will grab market share and win customers they were never able to reach offline.