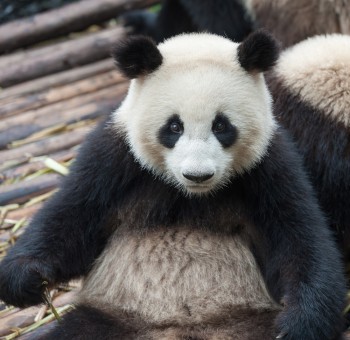 Google recently released Panda 4.2, the latest version of its algorithm that rewards and punishes sites based on content quality. Google’s Gary Illyes confirmed the roll out, but beyond that, the search engine has been tight-lipped about the update. Many webmasters and SEOs are still uncertain about what the algorithm is targeting or if they’ve been impacted.

@rustybrick Yes, last weekend we began rolling out a Panda refresh that will take a few months to complete. It affects 2-3% of the queries.

Here are five things we know about it so far:

July 18
This is the day Google’s Panda 4.2 refresh started to roll out. Started is the operative word, because the algorithm was quietly released and it’s expected to continue rolling out for two to three weeks. Marketers and SEOs are advised to keep an eye on changes in their rankings and traffic as a sign of Panda – the impact might not be noticeable right away.

10 months
It’s been 10 months since the previous Panda refresh, which took place September 25, 2014. Panda 4.1 was created to look at more factors that would help it identify low-quality content, and was expected to help smaller sites rank better in search results. However, sites that were penalized by Panda 4.1 have been waiting since then for a recovery.

2-3%
The number of U.S. search queries this update is expected to impact. While this is a relatively small number compared to previous Pandas (the first Panda impacted about 12 percent of searches), it’s still a huge volume of traffic. ComScore reported there were 18.4 billion unique searches from desktops in April, which means over 36 million search queries will be affected.

29th/30th update
Some reporters are calling this the 29th version of Google’s Panda algorithm because it’s the first to be confirmed since Panda 4.1, which was the 28th iteration. Others are rounding up to 30, since Google might have made small changes in the 10 months between the announcements. Sound confusing?

0
The number of clear winners and losers of this update. Searchmetrics says it’s too soon to tell, because the algorithm has been rolling out so slowly. It might take time to see the full effects, but some sites are already reporting traffic wins (as they recover from past Panda hits) or losses from fresh penalties.

Here is a chart from Barry Schwartz’ Search Engine RoundTable article showing a 35 percent increase in traffic following the Panda 4.2 launch. He credits the increase to a recovery from a from a Panda 4.1 hit last September. Although he didn’t clarify what he had done to the sites’ content the meantime to elicit the reconsideration.

Yet another crazy drop I surfaced during my Panda travels. Makes a lot of sense btw. Checked rankings. Gone. #seo pic.twitter.com/ietVhhfOBg

Search Engine Land cited Glenn Gabe’s Tweet as an example of a Panda hit, following the refresh. Gabe points to a website he was tracking that took a hit just after the algorithm went live, but doesn’t reveal why he suspects this particular site was targeted.

For marketers, webmasters and SEOs, there are still a lot of unanswered questions. What is this Panda refresh targeting? How will you know if your site has been hit? What kind of content can you create to keep your rankings safe?

Though we now know the basic details about Panda 4.2, we still don’t know what Google is targeting with this refresh or how exactly to safeguard your SEO results.

Since Panda first hit the web back in 2011, it’s purpose has been to make sure search results point users towards sites with valuable content – not just SEO-optimized text. So the safest, and most effective way to keep your rankings high and your traffic strong is to create high-quality, original content that’s better than what’s already out there. Think about you can add value to the answers that people are looking for, and create useful resources around them.

It sounds simple, and maybe it’s supposed to be. Google doesn’t want webmasters gaming the system or trying to find loopholes to retain their search real estate. It wants to reward sites with visibility when they give users the best possible answer, in the format that’s easiest to understand.

Looking for more tips to protect your site from a Panda hit? Check out this video for 3 ideas, and follow along with @Brafton on Twitter for the latest updates about Panda as we learn more.