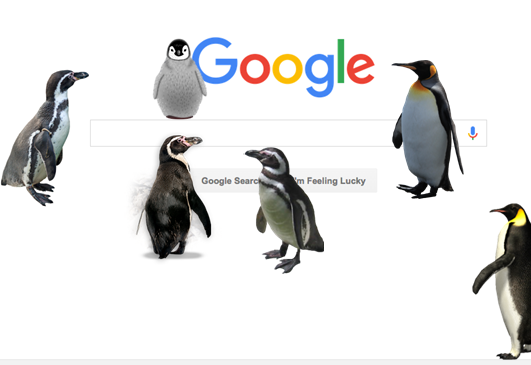 A new Penguin update is coming very soon, but this one will likely take a different form than its previous major updates. We’ve seen Panda meld with Google’s core ranking algorithm in early 2016, and it’s looking more and more likely that Penguin will follow suit in the coming weeks. Panda and Penguin have been rolling out updates since 2011 and 2012, respectively, but this marks the first time that both will be considered part of Google’s core algorithm for site ranking.

According to Gary Illyes, a Webmaster Trends Analyst at Google Switzerland, the update is coming very soon:

@mrjamiedodd I’ll go with weeks. We’re aiming for launching penguin this quarter, but we don’t have a more precise timeframe.

Why is Google calling Penguin part of the core algorithm?

A top reason why the upcoming Penguin update (as well as the most recent Panda release) is being treated as part of the “core algorithm” is that it is no longer experimental. Google understands how Penguin works and how it affects search. Penguin has been tested throughout its six officially confirmed updates since 2012 and is ready now to be “baked into” the core search algorithm.

According to Google’s Search Quality senior strategist, Andrey Lipattsev, the core algorithm is

“… less about the functionality, which means it probably doesn’t change that much over time… Do we still think this is an experimental thing, it is running for a while and we aren’t sure how long it will last. Or is it like PageRank, it is part of it, it will always be there, at least in the foreseeable future and then probably call it in certain context part of the core algorithm.”

Illyes further explained that the contents of the algorithm updates are far more important than the semantics of where the update technically lives. To illustrate his point, he put it into mechanical terms: “It used to be that there was no starter, the driver had to go in front of the car, and use some tool to start the engine. Today we have starters in any petrol engine, it’s integrated. It became more convenient, but essentially nothing changed.”

Why does it matter that Penguin & Panda are part of the core ranking algorithm?

Just because these updates are being referred to as part of the core algorithm, it does not mean the nature of Penguin and Panda will change. However, their inclusion does give us insight into just how much Google values them. Regulating and punishing spammy link practices and rewarding high-quality content-rich sites aren’t just a supplemental bonuses to a master algorithm – they’re an important part of the algorithm as a whole, and increasingly will be from now on. The tried and true updates are effective and accurate. Their Incorporation into the core algorithm helps to give us a better indication on where SEO is heading in 2016.

What we know about the Penguin update & how to brace yourself

More important than how Google is categorizing the Penguin update is what we know about its impact.

With the latest update, Google’s crackdown on links is even harsher and more organized than before, and will affect more websites this time around. Unlike Panda, which rolls out gradually after each announced update, the Penguin rollout will happen in real time.

Here are our tips on how to brace yourself for the update, to avoid downranking this year:

Now’s the time to audit your backlinks to know which are helping and which are hurting. Rather than disavowing the bad links directing to you, get rid of them manually.

While backlinks play a bigger role in Penguin’s process, your internal links should also be cleaned and optimized as well.

Look at the anchor text in your links. Avoid exact-match anchors. Instead vary your links by: name, niche keywords, destination and non-descriptive words in your content.

The more organized your internal links are, the better they will be rated by Google. Use hierarchies, categories and related topics to organize your links.

Google is closely scanning your total referring domains and pages over time. Any drastic spikes could be red flags for Google, which may perceive them as spammy.

While spammy linking can damage your ranking, honest links from real people can dramatically improve your site’s SEO performance. Encouraging high-quality, healthy linking is the route to take for successful Google ranking.

How can you boost your organic linking? That’s where your high-quality, dynamic content comes in. The more helpful, educational, humorous, emotional or relatable you content is, the more of a reason your visitors have to share it, and the higher-quality the links will be.

The Penguin update is hitting soon so now’s the time to assess your site’s links. Keep in mind that following the Penguin update, high-quality content is only further cemented as the direction the content marketing industry is heading. To stay on top as Google’s algorithms grow and change, it will be essential to regularly review the quality of content on your site.