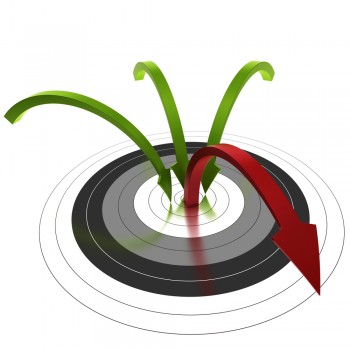 The semantic web is making the quest for traffic an increasingly diversified task. The SEO of the past meant securing ownership of relevant keywords, but today’s search environment means showing up in videos, Knowledge Graphs and social media to give visibility a broader scope. Yet even after attracting plenty of visitors, a site with a high bounce rate can undo all the benefits of strong traffic numbers.

Marketers usually think of bounce rate in terms of SERPs and landing pages, but it’s also a valuable metric in the context of social media. As social referrals become increasingly integral to internet marketing, it’s essential to identify which networks retain visitors and produce higher rates of engagement. Fortunately, a recent study by Shareholic has done just that.

It’s difficult to say what factor most influences bounce rate, although it may be media richness. Pinterest, Twitter and Facebook are all at the high end, with a 56.35 percent bounce rate. LinkedIn is much better, logging a 51.28 percent rate. Google+ is surprisingly low, at 50.63 – or perhaps not so surprising, considering the high rates of engagement the network boasts, as Brafton reported.

The lowest bounce rate of all wasn’t a social network, strictly speaking, although it does share many traits with other members of that group. YouTube referrals had a 43.19 percent bounce rate, which could indicate how engaging visual media is. It also goes to show that in-depth, informative content, no matter the format, will capture visitors’ attention and lead to further clicks.

A network for all seasons

One of the most important developments in social marketing is that brands need to acknowledge there are strengths and weaknesses to different approaches. For example, ecommerce sites might balk at the high bounce rates Pinterest referrals exhibit, but the trade-off (access to an appropriate user base) may be well worth the risk. However, one truth seems to stand out: The richer the content, like on YouTube or LinkedIn, the better the engagement rates businesses will experience.