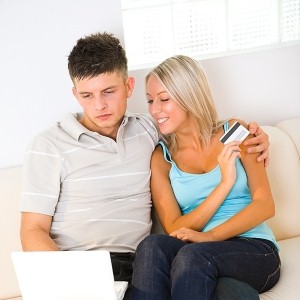 Brafton has reported that online video viewers are receptive to ads, but marketers have long wondered how consumers balance friendly correspondence and ad consumption on other forms of social media. Now, a new report called The Faces of Social Media reveals that one-quarter of U.S. social users between the ages of 13 and 80 are more inclined to investigate brands that advertise on social media sites.

Socially rooted brand exploration can often lead to sales, according to the study – a joint effort of Knowledge Networks and MediaPost Communications. It claims that 15 percent of social media users (30 million Americans) prefer to make purchases with brands they find through social ads.
Simultaneously, the study finds that the consumer pool that can be reached through social ads is increasing. Eighty-two percent of the adult and teen population uses social media – a 13 percent increase over last year.
Smartphone owners proved especially receptive to social ads, with nearly one-third of respondents (32 percent) claiming they are more inclined to buy from brands that advertise or have marketing messages within apps. Plus, 40 percent of smartphone users between the ages of 13 and 54 believe ads are usually relevant to their needs and interests.
"We have learned that as social media usage has become nearly universal, its influence on inclination to purchase cannot be ignored," said Patricia Graham, chief strategy officer of Knowledge Networks.
The potential positive impact of social media ads is clear, as seen with the recent marketing success of Daddies Board Shop. As Brafton reported, the sports equipment store saw international sales and brand loyalty increase after it launched a series of targeted Facebook ads.
Marketers across industries may want to create their own social ad campaigns to tap the more than 30 million willing ad recipients who use social sites.