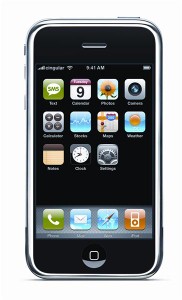 Self-proclaimed “Apple Intelligence” source 9to5Mac.com recently revealed leaked information from Twitter that could give iPhone users enhanced notifications that are personalized to users and hit on updated, trending Twitter content. Many of the new features will give companies using social media marketing a greater impetus keep their Twitter feeds fresh with unique and targeted content for iPhone (and other) users.

Many of the new tools Twitter has rolled out for general web use will soon come to its Twitter for iPhone app based on the source’s report. Among these are expanded Tweets, which will allow users to access more content from specific partner sites directly on Twitter, and the updated Discovery Tab that alerts users when new content is available to them.

The new search tools Brafton highlighted will also be on the the company’s iPhone app, along with personalized trends. Twitter recently announced targeted trends as part of its effort to make the experience more relevant to individuals based on their interests rather than their regions. Now, the trending topics are served based on the content shared by followers and accounts followed

Bringing an experience as similar as possible to smartphones means social media marketing campaigns accessed on mobile apps will be engaged with similar to the desktop web. This is important for Twitter marketing, in particular, as Brafton has reported that 60 percent of active users access the site via mobile devices. In general, Twitter is pushing to unify user experience across all devices.