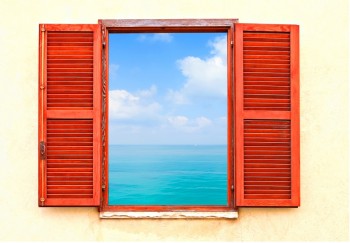 Brands depend on hard numbers to make decisions about where to allocate resources for digital campaigns like social marketing. But sometimes concrete metrics don’t tell the whole story. That seems to be the case when it comes to Twitter, which is rapidly seeing its content spill beyond the confines of its registered users.

Twitter’s CEO, Dick Costolo, recently took part in an earnings call to investors, outlining the state of the company since it went public in Q4 2013. Amid conversations about strong stock performance and future expansions, Costolo touched on an important fact that informs much of Twitter’s decision-making: While there are 271 million active users, the social network acts as if the true audience for Twitter’s content is between two and three times larger.

As Brafton reported, impressions have been an important Twitter metric for some time. Studies showed that while there were 14.7 million Tweets about the 2014 Oscars while they were airing, there were an estimated 3.3 billion impressions of Twitter posts. That means for every piece of content on the network, 224 people were aware of it – whether they formally engaged with it or not.

Twitter’s been trying to quantify impressions, with moderate success. Some accounts receive emails giving weekly metric summaries, including estimates of total impressions during the past seven days. However, efforts to capture this phenomenon are just that: Estimates. So how can brands get a sense of their social marketing reach when it bleeds past social media?

One way is to focus on engagement – at least, engagement that matters. Favoriting may not be a good indication of any kind of useful behavior on the part of users, but Retweets and shares are always representative of content’s expanding visibility.

Savvy marketers might prefer to just go to the source and see where their social referral traffic originates. Users who get an impression of a Tweet might not be able to actively engage, but they can (at the very least) click on a link in a Twitter feed or embedded in a blog. Ultimately, the point of social marketing on Twitter is to drive more traffic. It’s easy to miss the forest for the trees when chasing engagement, and impressions are a valuable way of taking a pulse check of social content’s overall health.