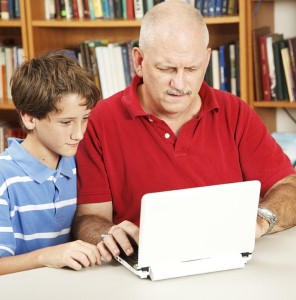 By now, it's likely old news that older consumers are active on social sites. Brafton reported back in August that social networking among internet users older than 50 has doubled in 2010. But a new report from the Media Audit relayed by eMarketer indicates that having children increases the odds that a U.S. adult is active on social sites.

The study suggests that life stage (in addition to age) impacts consumers' interest in social media. More than 60 percent of adult consumers with children have used a leading social site (Facebook, Twitter or Myspace) in the past month. By comparison, only 51.3 percent of all U.S. adults used a social site in the same time period.

Parents of children 12 years old and younger are particularly active social users. More than 67 percent of internet-using parents with children under the age of six use social media, and 61.3 percent of parents with kids between the ages of six and 12 have used a social site in the past month.

For marketers, this indicates that social campaigns for brands targeting parents will reach a relevant audience. Moreover, it makes clear that social media is a viable platform for reaching U.S. adults.

To best appeal to this audience, marketers should consider using unique content to build a loyal follower base and generate word-of-web referrals. As Brafton has reported, social recommendations impact parents' purchase decisions.