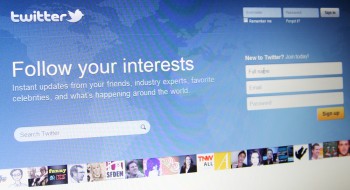 Twitter has been in the news recently, but not because the service offers new tools for account-holders, but because Instagram disabled its connection to the microblogging site. Users must now navigate away from Twitter in order to view Tweeted Instagram photos. However, Twitter continues to trudge forward, setting new records and adapting to the changing world.

The social network Tweeted that it passed 200 million monthly active users on Tuesday, December 18, 2012. While most social media marketing experts spend their time touting Pinterest’s growth or Instagram’s potential, the microblogging site continues to establish itself as the clear-cut second-in-line platform behind Facebook.

The social network reached 100 million monthly active users in September 2011. Mashable notes that since the service launched five years ago, Twitter added as many users in the past 15 months as it did in the previous 60 months. The source notes the rapid growth is a testament to how influential the service has become. The data reported by Twitter mirrors recent information from Nielsen in its “The Social Media Report.” According to the expansive social media marketing report, Twitter often takes second-place across unique visitors and minutes spent on the network’s PC site, mobile APP and mobile web page between July 2011 and July 2012. So, while some critics claim Twitter has fallen to the wayside, clearly it’s still an essential promotional platform on which brands must leverage their unique propositions for greater exposure.

According to Nielsen, Twitter’s PC site serviced more than 37 million unique visitors between July 2011 and July 2012. As for its mobile application, more than 22 million users accessed their accounts over the same time period, while more than 42 million Tweeted and clicked on mobile web content. The PC site saw a year-over-year increase of 13 percent, while the mobile app and web generated triple-digit year-over-year upticks in unique user-ship.

With more people using Twitter to keep in touch with their friends, family and brands, companies should invest in social media marketing services. Publishing unique and engaging custom content can keep followers connected and interested in potential promotions. For those organizations that need some help, content marketing services have expert writers capable of drafting stellar social content for the web.