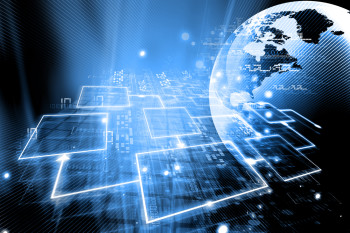 ​Brands may have created social accounts on today’s popular networks, but many fail to use various services to the best of their abilities. Social sites like Facebook only generate leads and drive website conversions when companies maintain active presences – digital billboards just won’t suffice. For​ ​marketers who have lagged behind, it’s time to implement editorial and social media marketing strategies to fuel brand lift online. Step off the sidelines, social wallflower, and get into the game!

Recently, GlobalWebIndex’s “Stream Social: Quarterly Social Platforms Update” noted social media growth worldwide has allowed​ ​organizations to connect with their customers in new ways. More, social media diversity has further propelled the practice forward, with companies managing a wider array of networks today than ever before. It’s also safe to assume that by the end of this year, newer sites and social media strategies will have played major roles in how brands leverage the web’s reach for their own monetary gains.

According to the source, Facebook remains supreme in terms of global penetration. The largest network reaches 51 percent of the world’s active social audience, followed by Google+ (26 percent), YouTube (25 percent) and Twitter (22 percent). Both LinkedIn (8 percent) and Pinterest (4 percent) fell below 10 percent penetration of the globe’s audience. While Facebook’s reach outshined every other network, the data also shows that Twitter is currently the fastest-growing network. Twitter’s monthly active users increased 42 percent between Q2 2012 and Q1 2013.

Twitter is currently the fastest-growing network, increasing monthly active users by 42 percent between Q2 2012 and Q1 2013.

Marketers may see this data as a sign of where they should invest dollars and cents for internet marketing, but it’s important for brands to understand the value of every online network. For example, Facebook might reach the widest global audience, but it might not be the best resource for engaging B2B audiences. In this instance, companies might use LinkedIn to fulfill their marketing needs, as the lion’s share of users on the site engage with brands and like-minded peers, not B2C customers.

To some extent, brands should focus more on the types of content that resonate with users across sites, rather than which sites they should leave out of their strategies. Brafton recently reported on social’s ownership of Americans’ web​ time, with major networks garnering approximately 37 minutes per day from each person in the States. Marketers who upload a variety of media to their social hubs may be able to dictate how much time users spend on branded ​p​ages, and drive organic traffic back to websites to further push prospects along the sales funnel.