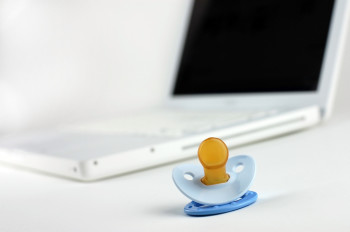 ​Social media isn’t a new fad that only teens and college students understand, according to a new international study by GlobalWebIndex. The report shows that older internet users fuel growth for Facebook, Twitter, LinkedIn, Pinterest and Google+.

While more people are accessing social networks from their mobile phones, older consumers across the world are taking to these sites from a variety of devices. Between Q2 2012 and Q1 2013, Twitter saw a 79 percent increase in users aged 55 to 64. However, both Facebook and Google+ experienced user growth among consumers between the ages of 45 and 54, increasing by 46 percent and 56 percent respectively.

It’s important for social media networks to attract more diverse members that span age brackets. If these companies expect to profit from advertising features, they must prove social media content can reach prospects all over the world, from every background and with varying levels of life experiences. A new study conducted by comScore for online parenting resource BabyCenter found that U.S. mothers are extremely active social media users. The report shows that more than 90 percent of American moms use social media regularly, making disconnected mothers a thing of the past. BabyCenter estimates a 20 percent increase in social moms between 2010 and 2013. More, mothers are active on some obscure social media hubs, helping marketers who target moms understand the content types that appeal to these impressionable consumers.

Brands must embrace social media marketing as a way to reach all of their potential customers. If attempting to reach mothers, social sites may be the solution. To see returns on their investments, companies must create a variety of custom content to reach prospects where they’re most active. For example, video content can attract U.S. mothers’ attention as they engage frequently on YouTube.