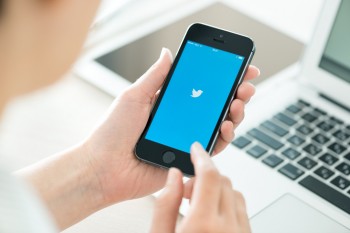 With 302 million active monthly users (including 79 percent of brands), Twitter has positioned itself as a leading outlet for news and conversations. Now the social network is introducing new ways for brands to interact with customers that make it easy to reach their top marketing goals: customer service, engagement and sales.

Here are three updates Twitter has announced this month – and the impact we think these changes will have on brands:

Twitter developers announced that direct messages will upgrade from 140 character messages to 10,000 characters starting in July.

Twitter is recommending users take the following actions to prepare for the API changes. Check out the specifics in Twitter’s official announcement.

What this means for brands:  Twitter’s direct messages have always played a critical role in customer service on the network. Now that users have the ability to voice a compliment or complaint with an extended character limit, customer service reps on social media should expect to see more in their inboxes. Be sure to keep an eye out – 72 percent of people looking for customer service on Twitter say they expect a response within one hour. Users scrolling through their newsfeeds will no longer have to stop and press play – videos will begin automatically.

What this means for brands: Expect an uptick in Twitter video viewership, but take it with a grain of salt. When Facebook announced autoplay videos last years, views skyrocketed from 3 to 4 billion per day, but research later showed that a “view” counts if someone has watched the video for three seconds or more. We predict videos that will work well on Twitter are similar to what you’d see in a good Tweet: short and sweet.

Twitter first hinted at its interest in becoming an ecommerce platform with the “Buy Now” button that launched in September. Now it’s introduced, shopping collections, a new ecommerce option for brands to have an extension of their traditional news feed. The collections feature is essentially a product landing page on Twitter that directs users back to the website’s shopping cart.

What this means for brands: This option is only available to about 40-or-so c

ompanies currently, but it’s a good indication that Twitter is trying to become a hub for brands to make money.

If you think this would be a good outlet for your brand – test the waters by Tweeting links back to your product landing pages. Create a UTM code for Twitter and measure how much traffic is coming from the social network. If these product landing pages get more traffic than usual, it could indicate that your audience is interested in learning more about your products – and a shopping collection might be a good opportunity to explore once it’s rolled out for all brands.

Want to learn more about creating a Twitter strategy? These resources can help: