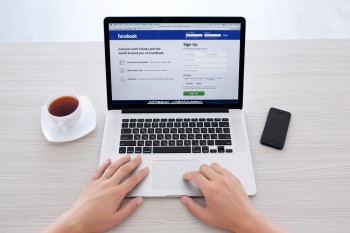 The majority of marketers agree that Facebook is their brand’s most important social network, despite the fact that more than half (55 percent) feel like their efforts aren’t working.

New data from Social Media Examiner’s annual industry report suggests marketers are not abandoning the social networking giant for newer channels, but instead are looking to improve their knowledge of the network’s capabilities and increase ad spend. They want to get more out of Facebook because the audience is there, but they know they need to get creative and strategic to be more successful.

If you were only allowed to have a presence on one social network, which would you pick? It appears the answer is based on target audiences, as consumer-facing companies are more likely to reach prospects on Facebook and vendors will be able to connect with professional decision-makers on LinkedIn.

Of those utilizing Facebook for their social media marketing, 51 percent of B2Cs described their efforts as “effective,” but that figure dipped to 36 percent for B2Bs.

It’s important to note that investing more in Facebook and increasing activity on Facebook are not one in the same. As Brafton previously reported, more Facebook posting does not necessarily mean more success. News Feed algorithm updates have made quality and relevance far more important than post quantity. Brands aren’t guaranteed a spot in users’ timelines just by distributing content frequently.

A Simply Measured report found that marketers have decreased posts to their Pages by 12 percent in Q1 2015, but average engagement rates are rising.

Instead of posting more on Facebook, 53 percent of marketers plan to use more ads, and 68 percent report simply wanting to “learn more about it.”

Since Facebook’s algorithm updates have meant diminished organic brand reach, our social strategists say Facebook has become a “pay to play” option. The good thing about ads, however, is that once you invest, they tend to boost organic post reach as an added bonus.

The reason why 55 percent of marketers are unsure if Facebook is working (and why one third of B2B brands says it isn’t working) is because they don’t have goals to measure against. As Social Media Examiner noted, the question “How do I measure social success?” has been among the top questions marketers are asking for the past five years.

Our clients across verticals have seen social media successes, thanks to strategies that measure specific goals that relate back to overall marketing efforts. When marketers don’t set goals, they don’t have anything to measure – and ultimately won’t be able to prove success.

Companies diversifying their strategies need reliable ways to measure their results across organic and paid strategies – whether they’re using Facebook, LinkedIn or multiple networks to reach their audience. Learn more about the services Brafton provides for social media marketing.