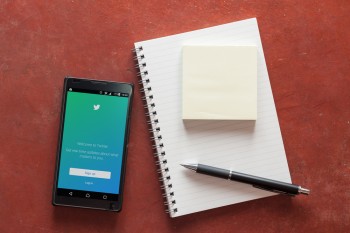 period of slowing user growth, Twitter has been making changes to its services in hopes of streamlining user experience and engaging audiences who have found the network overwhelming or confusing. Twitter is likely updating the service, or building a new product that will increase the character limit to 10,000 characters – equivalent to about three pages of single-spaced, 12-point text. In mid-2015, Twitter added Moments, which attempted to ease the barriers of entry to exploring and using the network, and by the end of the year, the social network also began displaying promoted Tweets to logged-out users on other websites.

On Jan. 5, 2016, Twitter’s CEO, Jack Dorsey, longtweeted a message that hinted at a possible major change to the platform, which for nearly 10 years has been a 140-character public microblogging service.

Twitter’s 140-character constraints were originally put in place to make the network accessible for mobile users, but it rapidly became an integral part of Twitter’s culture. Since its inception, Twitter has been a network for users who prefer quick, concise sound bites, in contrast to Facebook and Tumblr’s often cluttered, elaborate format. Twitter’s text-message-length character limit often brings out the best in creative users – who finely tune their content to be efficient and clever.

Think 140 characters is too short to get a message across? Would 10,000 characters be excessive? Here are some of Brafton’s creative and social teams’ responses to the potential 9,860-character increase:

Twitter has always been about clear, concise communication for real-time engagement. Its an outpost not a blog. Keep it short.

@Twitter considering 10,000 characters? They will have to change their logo to a song bird as people will go on and on about different th…

Much of Twitter’s appeal lies in the brevity of its messaging. More words = less engagement. #Beyond140

#Twitter to lose the major feature that differentiates them from their competitors. #SocialMediaTrends pic.twitter.com/soD8VOghHX

The more you say, the less people will remember. #Beyond140

#Twitter‘s one of the few networks that actually forces us to choose our words wisely. Doesn’t #beyond140 ruin that? pic.twitter.com/jImkCvbnvP

#tmlt, I WOULD be pro pics + videos not being included within the 140 character limit. #twitter#beyond140