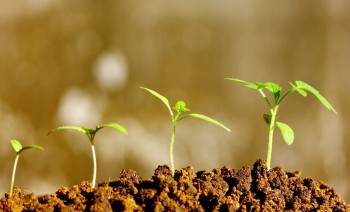 The biggest challenge for social media marketing is keeping up with constantly changing trends. Social listening is one way to stay on top of audience behavior, but what if the best ROI channels themselves are changing? Brands should take note of shifting growth in different networks, determine if it affects their audience and pivot accordingly.

A Global Web Index report looked at changes to both members and active users on a variety of channels and found Facebook, which just celebrated its 10-year anniversary, showed modest growth between 2013 and 2014: A 6 percent increase in total members and a 2 percent bump in active users. Considering Facebook boasts over a billion members, those numbers are nothing to sneeze at – but it indicates the web is mostly saturated with Facebook users.

Compare that to some smaller niche channels:

Clearly, the social landscape has continued to change, and brands can’t assume their tactics designed for Facebook now will translate to the web marketing of five years from now.

Pop quiz: Where does your online audience live?

So the lesson is that companies should head to Tumblr.com and sign up … right? Well, these shifting demographics are a reminder that you need to pay close attention to user behavior rather than leaping onto every trend. Here’s a good example of doing the right thing:

A Brafton client with a Twitter strategy wasn’t seeing as much engagement as it wanted to the point that it considered switching its focus to another network. It turns out the company just wasn’t being sensitive to the needs of Tweeting customers. We helped the client take an active stance, proactively looking for users who Tweeted about specific products and asking about their experiences. Rather than just assuming we knew about these users, we went to the source and tried to find out about them, their online habits and their experiences with the client’s products.

The result was 100 percent more followers and a 124 percent increase in engagement signals like Retweets and Favorites. The audience was out there, and the client just had to put in the work to find it. In some instances, it means exploring less-known networks, and sometimes it means changing assumptions about social media marketing customers.