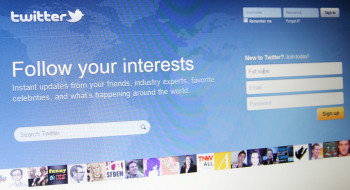 ​Ever wonder how much a Tweet is worth? Analytics firm SumAll has the exact dollar amount.

According to analysis of Twitter traffic through conversion, SumAll found that a single Tweet generates approximately $25.62 in revenue. A ReTweet produces a return of $20.37. While these values may seem substantial for 140-character posts, SumAll CEO Dan Atkinson explains that the content ROI rarely matches the amount of resource dedicated to social media marketing in today’s highly digital marketplace. More, data found that additional Tweets don’t necessarily mean more revenue – it takes approximately six to eight extra Tweets to double ROI.

“Usually, the vast majority of people will get more advocacy from Instagram than they will from Twitter,” Atkinson said with a caveat. “It’s a hard channel to develop a big communications strategy around.”

However, other brands see just as much success with Twitter marketing than across any other channel. The social media network recently published a success story to its blog that showed how Lenovo was able to create demand for its products using strategic Tweets in the U.K.

The computer giant wanted to generate interest in its products during the Gadget Show Live, and it used a variety of Promoted Tweets and Promoted Accounts to achieve its goal. By targeting specific user bases with custom social media content, @Lenovo_UK​ ​generated $27,000 in revenue, which represents a 4:1 sales to spend ration, according to Twitter. In addition to noticeable ROI, Lenovo’s UK Twitter handle increased brand mentions by 700 percent and acquired 2,500 new followers throughout the event.

While SumAll suggests Tweets can’t produce the type of ROI companies want to see, data from the social network offers a different story. Brands that want to increase interest in their products and services can benefit from Twitter, but they must produce engaging content and maintain a consistent presence online to produce a flywheel marketing approach that delivers returns on a regular basis.