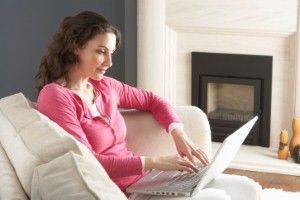 The report found that both blog readership and social media use are rising in the United States. This year, 87 percent of online Americans surveyed said they use Facebook (up from 80 percent in 2010). This almost matches the number of consumers who watch offline television (93 percent).

Additionally, more than half of internet-using consumers (55 percent) read online news – supporting suggestions at the recent ad:tech SF conference that custom news marketing's moment is here. BlogHer also found that 40 percent of online Americans read blogs (up from 37 percent in 2010) and 22 percent use Twitter (up from 16 percent last year).

BlogHer also found that Facebook and blogs represent a high-use, high-passion media pair. Female respondents cited both the social giant and blogs as two forms of media they consume regularly and are “passionate” about.

These findings suggest that marketers should adopt blog marketing strategies and integrate their blogs with other social media marketing campaigns – and those looking to get a competitive edge should do so sooner rather than later. As Brafton has reported, blog marketing is poised to be used by 43 percent of companies by 2012.