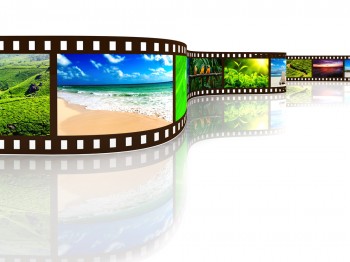 The consensus on video isn’t about its effectiveness. As Brafton has reported in the past, customers want to see video content before they make purchases. But the reasons why aren’t exactly clear, which can leave companies wondering if video marketing really is right for them. Fortunately, new data shows exactly why this medium is so effective.

Marketing firm Animoto just completed a study and published the results in an infographic about what makes video so appealing to consumers. Unsurprisingly, 96 percent of the people surveyed claimed they find it helpful when online companies include videos. More specifically, 71 percent formed a positive impression of a brand or business simply because it offered video content, and 58 percent deemed companies that produced branded videos trustworthy.

However, the most important figure from this research may be 73 percent. That’s the proportion of surveyed customers who were most likely to purchase a product or service after viewing a video about it. The reason given was that video allowed them to get a better impression of what they were considering.

This isn’t surprising, but it shows just how important video is to an overall content marketing strategy. Pictures are increasingly essential to online marketing, but at this point, it’s almost a foregone conclusion that your website should include them, as Brafton has reported. Customers are increasingly interested in seeing product demonstrations or video guides to services. The more complicated or unfamiliar the offerings are, the better video .

Ultimately, establishing credibility and setting prospects’ minds at ease is about offering as much information as possible. This is the main benefit of video, although there are secondary benefits that help it stand out among the types of content companies should be producing. Remember that videos show up prominently in Google searches, YouTube has become the second-largest search engine and video shares on social networks get great visibility.