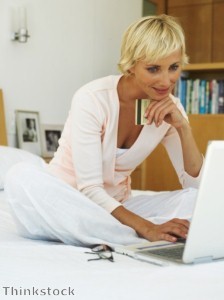 With data from Morpace indicating Facebook users spend an average of 7.3 hours per week on the site – and recent reports revealing that 34 percent of young females check their accounts before brushing their teeth in the morning – it’s clear that social media is taking the lead as a platform for brands to engage consumers and establish themselves as thought leaders. Now, a survey from The Bloom Group shows that the firms with most effective social media thought leadership programs use research-based content.

According to the survey, the leaders of leadership marketing both invest more heavily in social media channels and develop research content to pass on to followers, friends and other online social connections. The survey says firms generating more than 30 leads per month devote three times the share of their budgets to social media than do marketing "laggards" (firms generating 10 or fewer leads per month).

Moreover, these thought leaders are more than twice as likely as the laggards to provide research-based content through social media channels. They devote nearly two-thirds (59 percent) of their thought leadership budgets to content development, while laggards spend just 48 percent of their budgets on developing content. The survey says effective thought leaders sometimes use internal research groups, but they also recruit outside parties.

Quality content is critical to becoming a resource for consumers, and social media may be the best way to distribute valuable information. Harris Interactive reports that 75 percent of Americans are more trusting of companies that use microblogging sites, and that trust can turn into brand loyalty and advocacy as well as convert followers into customers.