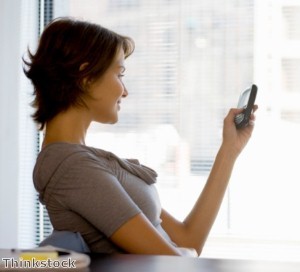 Mobile search clicks have seen considerable growth in the past year. Performics' research indicates that just 3.8 percent of clicks came from on-the-go consumers in March of 2010. Desktop clicks, though still dominant, saw just 13.7 annual growth as of March 2011.

This information supports an earlier study from Performics, suggesting that 71 percent of mobile web users go on to learn about a product after seeing an ad. Eighty-four percent use their mobile phones to search for retailers.

In addition to paid search campaigns, marketers will want to prepare mobile SEO strategies. Performics says one-third of mobile users search the mobile web more than they search via their computers. Plus as Brafton has reported, more than three-quarters of smartphone owners (74 percent) make purchases based on smartphone searches.