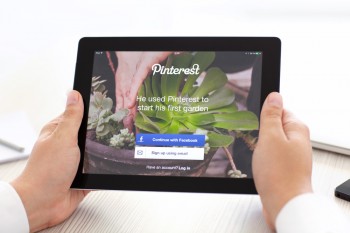 Case in point: Pinterest recently declared men account for one-third of all new registrations for the service. This is surprising because, as Brafton reported, users (and most qualified leads) are overwhelmingly women. In fact, the ratio of registered users – not counting active ones – is about 80 percent female to 20 percent male.

Now Pinterest is saying it’s doubled the number of male users in the past year, and while ingrained beliefs still hold true, this may not be the case for much longer.

So does this mean brands need to start Pinning content that’s geared toward male audiences? Not necessarily. Actually, the changing demographics just indicate brands shouldn’t take anything for granted about online audiences and instead concentrate on where their ideal users spend time, regardless of demographics.

For example, one Brafton client in the higher education industry tapped into prospect habits to drive referral traffic from Pinterest. By regularly Pinning content related to reader interests, like education news and university programs, the company increased socially assisted conversions by 73 percent – all using a platform not typically associated with its industry.

Knowing that people interested in higher ed would respond well to Pinterest was a social media marketing play based on finding an audience and learning about its behaviors. By the same token, brands should explore channels to see if their audience is active there. Who knows – Pinterest could be the go-to destination for truck enthusiasts and fantasy football before you know it.