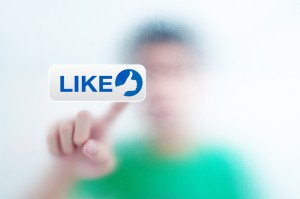 Marketers dedicating more resources to social media marketing this year should be pleased to learn that new data suggests they’ll be seeing returns on their social investments. According to WebMarketing123‘s State of Digital Marketing report, B2C and B2B companies are winning leads and sales across social networks.

While many companies have reported that Google+ marketing can drive SEO success, not many are making money from the network itself. Only 7 percent of B2B respondents said Google’s social network drives leads, and just 15 percent of B2C marketers win leads from G+. Moreover, only 3 percent and 7 percent of B2B and B2C marketers, respectively, say Google+ generates sales for their brands. Pinterest results were even lower.

No matter the networks driving results for an individual brand, the survey found that outsourcing campaigns to social marketing experts improves success. The likelihood that respondents reported they were “highly satisfied” with their social marketing metrics more than doubled among companies that have agencies running their campaigns for them compared to those that manage social in house. Outsourcing social is becoming a common practice, as one in five B2B brands work with agencies and nearly one-third of B2C companies (31 percent) outsource campaigns.

Satisfaction with outsourced social marketing results may have something to do with the fact that qualified agencies provide analytics and reporting, while in-house teams seem to struggle with defining and reporting on social metrics – especially in the B2B realm. WebMarketing 123 reported that 20 percent of B2C respondents don’t know if they’re generating leads through their social efforts, and 40 percent can’t say whether they can attribute sales to social marketing.