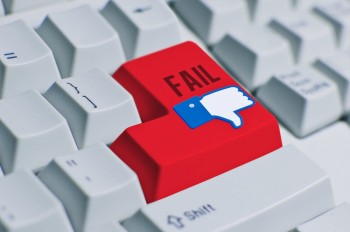 A report from Ethical Corp suggests that companies and other organizations using social media marketing experience criticism on the channel. However, just 28 percent of organizations included in the poll are prepared to deal with it. The study illustrates that brands must be ready to engage negative feedback as it’s a social reality they can’t ignore.

Ethical Corp found 20 percent of respondents are “completely unprepared” to deal with criticism on social media, and another 18 percent are also unprepared. Roughly one-third fall somewhere in the middle when it comes to fielding negative brand mentions.

Rather than shy away from complaints, marketers should recognize the inherent value in them. While it’s not positive when a customer or prospect has an issue with a brand, developing a strategy to respond can make social marketing more effective. Moreover, companies should avoid generic responses, instead trying to solve real shoppers’ problems. Using social as a listening tool and a window into target audiences can make it easier for companies to consistently improve their products and services.

Ignoring problems raised on social networks doesn’t make them go away, and it can hurt brand reputation.

Earlier this year, Brafton highlighted reports from both STELLAService and Social Bakers that found customer service-related engagement is often missed by brands. In fact, both surveys reported that more than half of these Tweets and Facebook comments don’t receive responses, which can lead prospects to competitors.

Ethical Corp’s report speaks to a growing need to use the web to consistently foster a positive brand experience online. Whether it’s a Tweet praising a new product or service or a Facebook comment complaining, brands must ensure they engage in communication surrounding their industry and company. In fact, Bing’s Duane Forrester recently pointed to prospect interaction as a critical component of establishing a search presence as well. Sharing social content and engaging with prospects results in further sharing of articles and other links that can help search position.