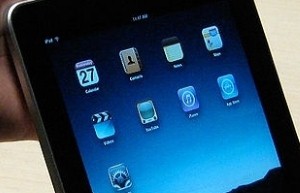 Experian PriceGrabber recently released a study detailing the likely success of the tablet market during the holidays. According to the market analysis, 79 percent of consumers said they would rather receive a tablet as a gift than a laptop.

For marketers, the growth of the mobile web, which coincides directly with an increase in tablet sales, provides even more impetus to tailor their marketing activity for mobile consumption.

Within the market, Apple’s iPad is the most sought-after device compared to other models designed by Amazon, Samsung or Motorola. In fact, 83 percent of those who said they wanted a tablet would prefer an iPad over any other model. In terms of e-readers, it appears as though more people would rather a device with capability beyond accessing books. The iPad and the Amazon Kindle were the most popular in this instance with 62 percent and 27 percent, respectively.

“Apple has experienced enormous success with its groundbreaking iPad, and our survey data confirms that enthusiasm for the brand will likely remain during the 2011 holiday shopping season,” Graham Jones, general manager of PriceGrabber, said. “We expect that tablets, such as the iPad, will be a clear gift choice for many multitasking, budget-conscious consumers …”

Content marketing campaigns aimed at targeting mobile users may want to alter their strategy to include news content marketing. Brafton recently reported that half of tablet users access news content every day on their device, and 77 percent said they read more news on the web than they did prior to their purchase.