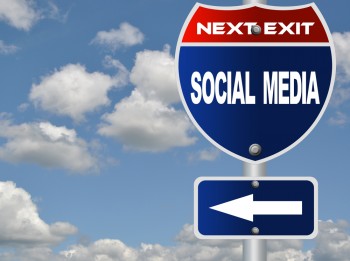 Marketers know social media content brings people to their brands’ sites, but they may not know which networks are actually driving the majority of clicks. A new report from Shareaholic reveals which sites are the true sources of traffic (Facebook, Pinterest and Twitter) and which have still room to grow into traffic generating platforms (Google+).

The study examined the referral traffic of 200,000 publishers over the span of 13 months. The findings illustrate the top social traffic drivers for the average company, including a mix of mid- to large-sized B2C marketers.

Facebook was by and far the best network for driving referral traffic to brands’ web content, accounting for 8.1 percent of all visits on average between September 2013 and September 2012.

Facebook was by and far the best network for driving referral traffic to brands’ web content – 8.1 percent of visits on average.

The figures are even more impressive considering the social network was responsible for over 10 percent of visits in September 2013, marking a 58.8 percent leap from the 6.5 percent it provided the previous September. This explains why nine out of 10 companies include Facebook in their social marketing plans. These numbers might seem low given the popularity of these networks, but they seem impressive when compared with totals coming from Google+. The search engine owned network provided brands with just 0.6 percent of referral traffic on average throughout the year – and that was an improvement. In September 2012, the network drove around 0.4 percent of traffic to company pages.

Traffic not only benchmark to consider

Marketers shouldn’t necessarily be discouraged by these figures. It’s important to see the bigger picture of how each network provides unique value-adds. More, every business has a unique online demographic and different brands will have varying success on individual networks. This makes it necessary to have strong content analytics that consider the most valuable referral sources for an individual website.

For instance, Google+ may not be an immense traffic aggregator as of yet, but individual companies may find it delivers highly convertible audiences or drives unparalleled SEO benefits. Studies have shown spiders crawl digital content shared on G+ within six seconds and then re-crawl it every time it’s shared. This rapid response can help sites get credit for their content sooner, which can mean faster appearance in SERPs.