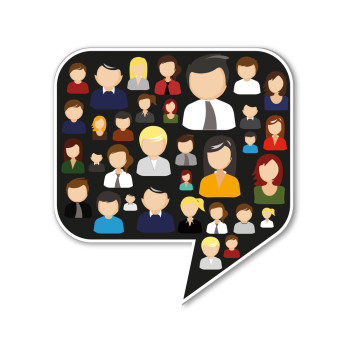 ​B2B marketing can often take new forms as prospects evolve to accommodate emerging tech trends. At one point, the idea of researching and converting consumers via social media seemed outrageous. However, social sites have become extremely valuable resources as business professionals discovered they could directly communicate with their industries and clientele on these new-found channels. Whether organizations are aiming to reach top-of-funnel leads with social media content or build loyalty among an increasingly fickle consumer population, finding the sweet spot through networks like Facebook has never been more of a priority.

B2Bs struggle to calculate how many leads they generate from their networks, which makes it even harder to justify additional investments in social media marketing. Business professionals know social provides them with some competitive advantages, but when it comes time to show content ROI from Facebook or Twitter, the numbers are not as attractive.

Nevertheless, B2Bs plan to invest in social media integration moving forward. According to BtoB Magazine, 10 percent of surveyed business-facing organizations will center their digital marketing efforts around social media in 2014 – up from 4 percent in 2013. More, 37 percent of B2Bs will become very involved in generating leads through social media content next year – up 15 percent year-over-year.

In recent interviews by eMarketer, companies like SAP, Xerox and Adobe all tout the value of social media as a marketing platform.

“Social media marketing is no longer a nice to have – it’s a must have,” SAP’s Senior Vice President of Digital, Social and Communities at Business Software and Services Purveyor Mark Yolton said. “Our customers expect it. Our competitors are all doing it. And unless we embrace and excel at social media marketing integrated into the full marketing mix, we’ll be at a competitive disadvantage.”

Social site Facebook has even begun to convert a higher percentage of users with its new-age advertising options. A Kenshoo Social report found that website conversions via Facebook are up 56.9 percent in Q2 2013, driving partners’ overall revenue up approximately 28 percent quarter-over-quarter.

With Facebook marketing a growing powerhouse in the digital age, it’s clear top-tier brands like SAP and Adobe will pave the way for social media marketing, and the envious will follow in their trailblazing footsteps.