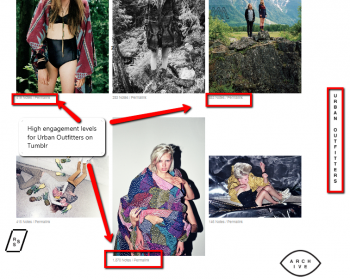 Demonstrating the value of socially engaging content, Tumblr recently recorded more pageviews in a single month than Wikipedia, according to figures presented by Quantcast.

The social blogging platform is an especially interesting example because its unique visitors fall somewhere around 41 million users per month. However, the platform is heavily social and engagement between users is very high, which is likely the cause of its high volume of pageviews.

For companies looking to boost their social media marketing capability, Tumblr could be an option. For instance, retailer Urban Outfitters hosts content on Tumblr that accrues hundreds – sometimes thousands – of notes per post. Plus, Brafton has reported that highly visual content (typical on Tumblr) is linked with social engagement.

Moreover, the website’s success demonstrates how important it is for businesses to maintain a social media presence. Encouraging engagement between prospects and a brand will help generate a positive reputation for a company.

While social has taken off in recent years, certain sectors have not pursued the channel aggressively enough. Brafton reported on Monday that 40 percent of B2B marketers have struggled to implement social media throughout their sales process and face the risk of lagging behind competitors.