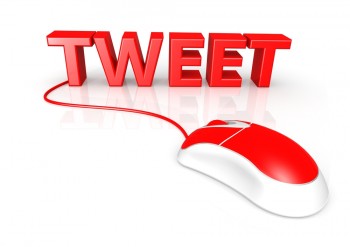 Twitter is already a valued marketing tool for its real-time social media communication opportunities. Members can tweet their friends, family and favorite brands, and receive feedback almost instantaneously. This technology appeals to marketers who want to open the lines of communications between their businesses and their customers, and the network now offers more paid reach options.

Twitter’s focus on advertising pays off

“As interest in Twitter has grown, our focus has been on delivering better ads for users, not more ads. We believe our system is working well because users like the ads experience on Twitter,” Twitter’s Product Manager of Revenue April Underwood said.

The Twitter Ads API puts the power in marketers’ hands

The social network started testing the API in January 2013 with a select group of partners. Marketers will enjoy this new feature, as it lets them use third-party services to manage Twitter marketing campaigns and develop smoother cross-channel advertising strategies. Social media users will also benefit from the API – the technology gives brands more tools to help them deliver the right messages to the right audiences across a variety of devices. In other words, brands will position more relevant ads in front of prospective and current customers, maintaining the network’s high-quality user experience.

Currently, Ads API is limited to five partners: Adobe, HootSuite, Salesforce, SHIFT and TBG Digital. Twitter also announced a second round of partners will roll out shortly, and brands can apply directly here.

Adobe can testify to the power of Twitter’s Ads API

How did the trial period benefit brands like Adobe? According to ClickZ, Adobe gained an average of 400 new follower per day with Promoted Accounts, and increased organic growth by an average of 24 followers per day. Overall, Adobe generated an average of 115 new followers per day by the close of its campaign. Adobe’s success may compel businesses to jump on board the Ads program when it becomes available on a wider scale, and social media marketing professionals will certainly have their hands full moving forward.