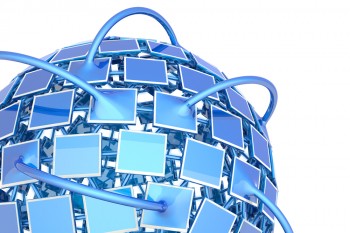 The way Americans engage with television shows has changed, transitioning from an independent experience to a social enterprise executed through today’s most popular online networks. Brafton reported that 37 percent of Americans have already minimized their dependence on cable TV news, and instead rely on the internet for the day’s events. More, Brafton noted that 42 percent of smartphone users and 40 percent of tablet owners use their devices as primary news sources.

With people using the web more frequently than broadcast television, brands might want an insider’s look at how Americans have become social TV viewers and the role networks like Facebook and Twitter have in the national transition.

According to a September 2012 survey conducted by Nielsen for the Cable and Telecommunications Association for Marketing (CTAM), consumers still talk frequently about TV shows while face-to-face. However, with each new year, a higher percentage of Americans turn to their mobile devices. The report found that three in 10 TV viewers use SMS technology to discuss shows, and a similar percentage report accessing Facebook for the same purpose. In fact, Facebook has a significant influence on what people watch on TV. Forty-six percent of Nielsen’s respondents said they picked up a new show after reading about it on the social platform.

While Facebook delivers a crowd to new shows on national television, Nielsen’s report “State of The Media: The Social Media Report 2012” found that Twitter has an even greater impact on social TV activities. According to the data, a third of active Twitter users tweeted about TV shows during June 2012 – an increase of 27 percent from January 2012. Twitter compels members of all ages to engage with live broadcasts – approximately 24 percent of people aged 18 to 34 use social media sites like Twitter to comment on a show’s storyline, while adults aged 35 to 44 are most likely to discuss programming with their social networks.

Nielsen went on to note that 41 percent of tablet owners and 38 percent of smartphone users engage with their devices while watching TV. Twenty-three percent of smartphone owners and 35 percent of tablet users look up show-related custom content. Brands that advertise during popular television shows or production studios that fund unique broadcast must begin to use social sites like Facebook and Twitter to engage with viewers. For smaller businesses using airtime to promote products, cleverly crafted social media content that touches on shows’ storylines might attract the attention of connected viewers, generating impressions and leads even when consumers sit in front of their TVs.