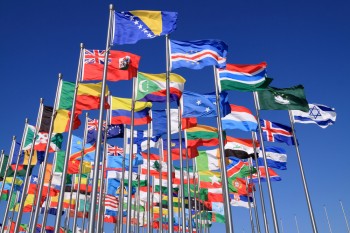 Marketers, industry leaders, teenagers, bloggers and consumers use Twitter to follow brands, friends, family, celebrities, news sources and world leaders, as the platform allows for real-time interaction. According to The Digital Policy Council’s “World Leaders on Twitter Ranking Report,” three out of four head of states connect with citizens using Twitter. World leaders – 123 of them from 164 countries – have Twitter accounts under their names or through official government offices.

World leaders are not only working to distribute information on Twitter, but they’re doing so at an increasing rate. According to DPC, these new figures represent a 78 percent increase in the use of Twitter from 2011 to 2012. President Barack Obama leads the way with 24 million followers, followed by President Hugo Chavez of Venezuela and President Abdullah Gul of Turkey. Leaders from Jordan, Russia, Brazil, Argentina, Colombia, Mexico and the United Arab Emirates all made the DPC’s top ten list. Additionally, state fragility used to be an indicator of a leader’s success on Twitter, but is less so today. Sixty-one percent of the countries that made the list are considered politically stable, dropping substantially from 80 percent in 2011. Over the past three years, the compound annual growth rate of adoption of Twitter by the world’s head of states was an impressive 93 percent. This comes in conjunction with growth of the platform among marketers. CMI reported that 69 percent of B2Cs and 80 percent of B2Bs use Twitter for marketing, while the platform brings significant success in lead generation. According to WebMarketing123, 43 percent of B2Cs and 30 percent of B2Cs report gaining leads thanks to Twitter. Companies funneled substantial resources into Twitter in 2012, as well.

What does the presence of world leaders on Twitter mean for marketers? Political leaders leverage the site to communicate with citizens, showing that the platform is influential and that average citizens are engaged. These same citizens are likely to scout Twitter for favorite brands and may be willing to heed the advice of their leaders, even when it comes to purchasing products or services. Marketers should develop social media marketing strategies with these insights in mind.

The DPC credits President Barack Obama’s open government directive, which encourages an open platform for leaders and citizens to communicate, for adoption of Twitter among leaders.

“These initiatives work toward building participation and collaboration into the government process. A little over a year later, the Open Government Partnership was formed, as nations made official commitments to improve transparency, openness and civic engagement.Today more than 50 nations are involved in that partnership, striving to empower citizens, fight corruption, and harness new technologies to strengthen governance and support the implementation of multilateral commitments.”

Government leaders want to connect with citizens over social media sites like Twitter, while Twitter strives to provide these types of real-time connections to its users. Politicians, leaders, citizens, marketers and brands alike can leverage Twitter to reach the masses.