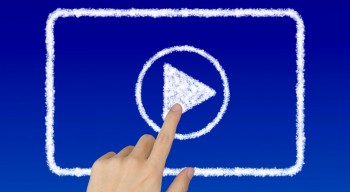 When marketers think of social media as a promotional channel, Facebook continues to be the network of choice. Of course, this trend may be the result of people sticking to a platform that feels safe. After all, Facebook remains the largest and most influential social platform on the web today, so much so that it claimed the most-searched term award for the fourth year in a row.

But other social networks shouldn’t be ignored, especially with sites like Twitter implementing new features regularly. According to eMarketer’s “US Digital Media Usage: A Snapshot of 2013,” Twitter user-ship grew significantly in 2012, but only 15 percent of the U.S. online population will engage on Twitter next year. Therefore, brands that want to drive traffic from a variety of social channels must learn how to engage users on whatever network they prefer. For many people, Twitter remains the most influential social hub, and brands may discover that video content thrives on this platform.

According to the source, Twitter’s user base increased by 14.2 percent in 2012 to reach 36.3 million monthly active members. To reach those prospective and current customers, brands must develop social media marketing campaigns that make branded content enjoyable and simple. With Twitter Cards, video marketing may be the easy solution.