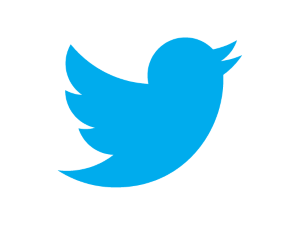 Twitter recently announced a Political Index that monitors mentions related to presumptive Republican presidential nominee Mitt Romney and President Barack Obama. The tool provides a daily update of sentiments expressed on the site related to the candidates. While the Index is obviously aimed at consumer users, the tool represents the social platform’s growth a conversation starter for Americans, which shows marketers the true value of a strong social presence – and it could foreshadow Twitter marketing sentiment monitors to come.

In recent months, Twitter has rolled out a series of features that deliver more relevant content to users. The Political Index does not currently have the same functionality as hashtag pages in that there is no content aggregated onto the Index’s page. Twitter launched its hashtag pages earlier this year to provide a hub for Tweets related to particular events of note, such as the Olympics. However, as the election approaches, it’s likely that Twitter will roll out some form of communication tool to aggregate content related to the election. “Each day, the Index evaluates and weighs the sentiment of Tweets mentioning Obama or Romney relative to more than 40 million Tweets sent on all other topics,” Adam Sharp, head of government, news and social innovation, for Twitter said in a blog post. “For example, a score of 73 for a candidate indicates that Tweets containing their name or account are, on average, more positive than 73 percent of all Tweets.”

Businesses may want to look out for similar tools for marketers that measure whether brand @mentions are generally positive or negative. In the short term, the Political Index might also help inform Twitter campaigns.

To maximize the visibility of website content, Brafton has frequently reported that the inclusion of relevant trending topics into articles can help marketers attract to their followers interested in the event.

A relevant article about a presidential campaign’s impact on an industry is just one way content writers can appeal to readers. Moreover, it’s increasingly important that companies using content marketing focus on engaging and informing their prospects on top of guiding them toward conversion. Consumers respond better to organizations that actively pursue thought leadership and look to foster trust. Brafton recently reported that 83 percent of consumers are more likely to trust a company produces content that hits on several different issues or highlights multiple points of view on their industries.