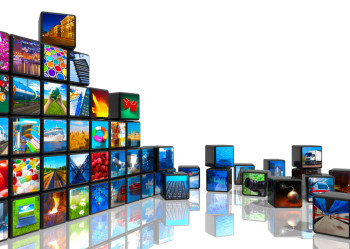 ​Social TV​ – the act of social networking while watching television – ​has become standard practice for today’s active Twitter users. It’s no longer a trend – more than 80 percent of American television viewers now access second-screen content during a program. In fact, a new study from SocialGuide and Nielsen found that social media are not only engaged in conversation about what they’re watching, but also shopping, writing emails and reading news content.

Brands can capitalize on the persuasive and promotional nature of witty and insightful social media posts among tuned-in TV viewers . Twitter was one of three “statistically significant variables” associated with positive TV ratings. SocialGuide noted that the other two influences were past ratings and TV advertising on behalf of the show itself.

How brands can take advantage of social TV and Twitter marketing

Through Promoted Tweets and highly optimized social media content, brands not associated with broadcasted shows can add their two cents to Twitter chatter, and seize attention from online consumers. Adding a brand-appropriate comment about a hit show or popular TV event in a funny or witty Tweet can create a surge of new attention for any brand, so it’s important to not overlook the value of Nielsen’s study.

Brafton reported that Twitter has recently partnered with Nielsen and acquired Bluefin Labs to explore social TV further. As more Americans embrace second-screen viewing and make it part of their daily routines, new social media marketing opportunities open up. This highlights the value of paid and organic branded content for Twitter, and businesses that want to remain part of the wider online discussions must embrace evolutions in new media wherever they may occur.